No products in the cart.

Oak Park Football Club was established in 1957 when the under 15 team from the north western suburb of Melbourne, Australia was fielded in the local junior league. The club was admitted to the EDFL in 1960 and a senior team took to the field in B Grade that year. The under age teams moved to the EDFL in 1962. An open age reserve team was formed in 1964 and a third open age squad competed between 1979 and 1985.

The club in the 1970s and 1980s were somewhat a powerhouse in the B grade sides, only to be relegated in the A grade each time. The Club quickly established itself as a power and spent the majority of the time in A Grade. The club has won well over twenty premierships at all levels, with the seniors emerging as a real A Grade force since the turn of the century, winning consecutive A Grade flags in 2002 and 2003.

Oak Park Football Club took it colours from the Richmond Football club. However in 1961 we borrowed a set of jumpers from North Melbourne because Essendon Presbyterian had Richmond colours as well. Since then, Oak Park has been using the blue and white colours. The club is located at John Pascoe Fawkner Reserve, Francis St., Oak Park. Taken from wikipedia and the EDFL Website. 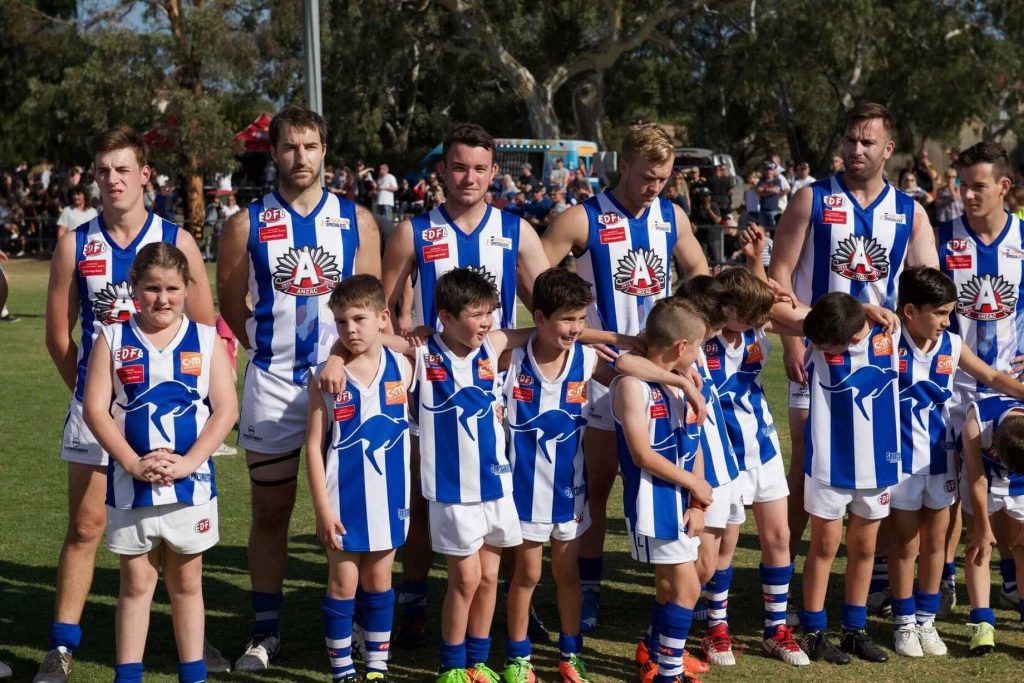